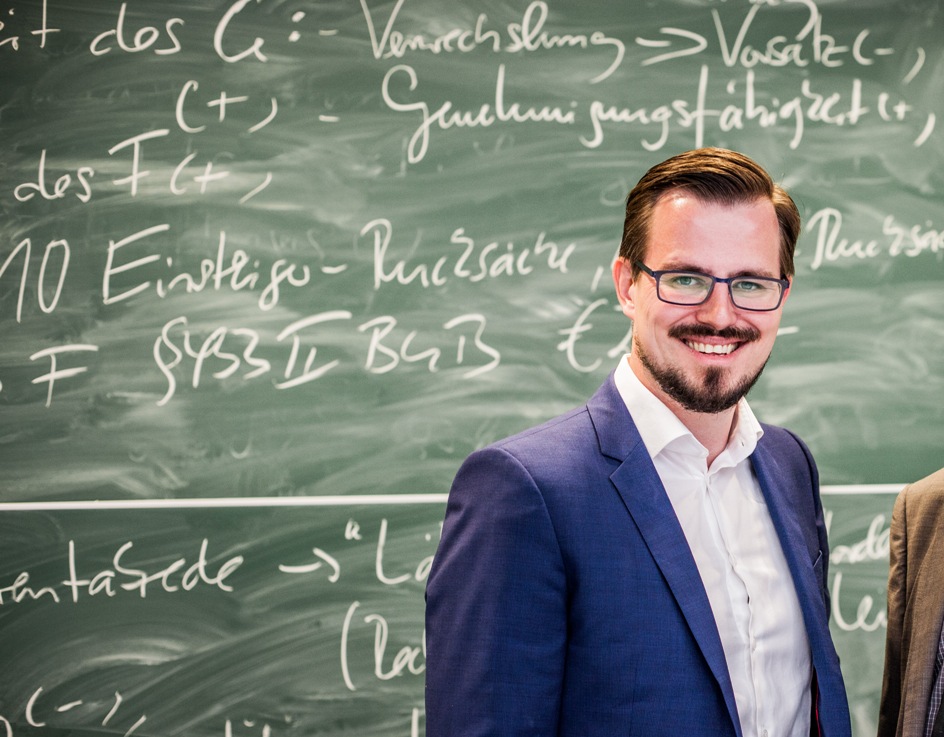 For Dr. Boris Nikolai Konrad, memory techniques are much more than just tricks and methods for a sport. The benefits in everyday life and work are enormous, especially in times of digitalization and artificial intelligence. He is also conducting scientific research into the neuroscientific and applications of memory training and neurotechnology.

At the end of his school days in Germany, Dr. Boris Nikolai Konrad discovered memory techniques for himself. He heavily benefited from these during his studies. He successfully studied physics and applied computer science. In 2014, he received his doctorate at the Max Planck Institute for Psychiatry in Munich on the neuronal foundations of exceptional memory performance and has since been working as a researcher at the Donders Institute for Brain, Cognition and Behaviour in Nijmegen (Netherlands). At the same time, Dr. Boris Nikolai Konrad has been successful in memory sports for many years. Eight times Team World Champion (counted in 2018), four Guinness World Records and Germany's Super Brain (ZDF) are just some of his successes. In addition, he is one of the best keynote speakers in the World and has received many awards including the prestigious German “5-Sterne-Rednerpreis”.

Born 1984 in Bochum, raised in Hattingen an der Ruhr, Dr. Boris Nikolai Konrad discovered the memory techniques and also the sport of memory.

He successfully studied physics and applied computer science with the minor’s business administration and mathematics at the TU Dortmund, Germany and the University of Reading, England. In 2014, he received his doctorate at the Max Planck Institute for Psychiatry and the Ludwig-Maximillian’s-University in Munich in the field of psychology on the neuronal foundations of extraordinary memory performance (title of his dissertation: Characteristics and Neuronal Correlates of Superior Memory Performance, degree Magna Cum Laude). Since then, he has been working at the Donders Institute for Brain, Cognition and Behaviour in Nijmegen (Netherlands) as a PostDoc in the working group "Sleep and Memory". He regularly presents the results of his research at international conferences and congresses.

At the same time, Dr. Boris Nikolai Konrad has been active in memory sports for years, holding a long list of accomplishments:

- Performed in dozens of TV shows worldwide, including two episodes of The Brain (China) seen by more than 100 million viewers.

Dr. Konrad has also been active as a keynote speaker and memory trainer since 2006. In 2016, he received the award, "Certified Speaking Professional" (CSP) from the American National Speakers Association. As such, he belongs to the elite group of professional speakers. In 2017, he won the “5 Sterne Rednerpreis” award in the main category ‘Best Performance of a Speaker’.

Almost unique is his ability to make even complicated scientific contexts understandable and establish the business relevance. In addition to internships in a large management consultancy and an insurance group, he acquired his knowledge in this area through top placements in business competitions. For example in 2008, he won a Top 10 ranking in the finals of McKinsey's "CEO of the Future" competition.

Dr. Boris Nikolai Konrad is married and has two children. He lives with his family in Kranenburg near Nijmegen (Netherlands). In addition to memory sports, he is also an enthusiastic sport stacker and a fan of the football* team VfL Bochum. For many years, he himself also stood on the football pitch several times a week, as a referee up to the state leagues in Westphalia and Bavaria.  (* the German version. Soccer for the Americans!)

Since 2006, Dr. Boris Nikolai Konrad is reigning elected president of MemoryXL, the European Society for the Promotion of Memory, and is committed to the promotion of memory sports and training.